I’m on my way home from the 2014 ARMA Conference in San Diego and have a chance to reflect on the past few days. The pause is thanks to a two-hour delay caused first by last night’s “bird strike” and then by this morning’s leaking left engine. I could have used the extra hours of sleep, but I’m okay with fixing problems on the ground (sure beats the alternative). And speaking of fixing problems on the ground…

They Just Make It Look Good

I’d like to give a big shout-out to all those who work the trade show circuit while also attempting to hold down full-time jobs. When I’m at my desk prepping for our Crowley team to head out to a show – which was more than 30 times this year – the location always sounds better than Frederick. Nashville (the music!). Las Vegas (the Blackjack!). Chicago (the pizza!). Orlando (the weather!). And then I went to San Diego.

San Diego, where were you?? Rumor has it you’re very nice but we’ll have to get acquainted some other time.

In short, I lost three days of “regular work” yet worked more than eight hours each day. My view of the city was limited to the five blocks that led from the hotel to the Convention Center and back. Following a quick meal each night, I performed triage on my emails (only those with serious injuries got a good look; the rest were left in the waiting room) and fell into bed long before my typical midnight hour. This morning I woke up at an ungodly hour in the hopes I could make it to the office for a few hours. Instead, I’m sitting on a plane with bird feathers, fuel stench and no Wi-Fi.

For those that repeat this combination many times a year, I salute you. You make it look easy and I now know that it’s not.

Not only do these folks pull double-duty when they’re at the show – working the show by day and taking care of their other typical eight-hour responsibilities at night – they deal with a lot of logistics and moving parts. For ARMA, we showcased 12 scanners and software solutions. This is an unusually high number, but the work is similar whether it’s three scanners or six. It takes time to unpack the equipment, to set it up, to connect it, to test it and to troubleshoot any glitches (missing tools, expiring license keys, sporadic Wi-Fi, the list is endless and unique to each location). On top of that, there’s wrestling with the pop-up literature racks (they pop up…but will they stay up??), pulling out the tchotchkes (which must be parceled or they won’t last the first five minutes) and sending back the empty crates with the hope that you’ll get them back first, not last, so that you can get out in time for your flight. Packing goes more quickly than unpacking, but has its own challenges. What happened to the extra shrink wrap? Where’s the tape? The scissors? Why is there an extra empty box? I now understand why our crates do not come back as neatly packed as they left.

Being at ARMA also gave me the chance to see our team in a different light. I was impressed with what I saw. Matt, Sean, Ed and Yong represented our East and West coast locations and were joined by myself and our InoTec partners from Germany, Wolf-Christopher and Peter. Each rep pitched in where needed and knew each other’s strengths. Where one was good at electronics, another was a whiz on software. Where one was small enough to crawl through tight spaces, the other was above to feed wires. When one was losing his sense of humor, the other made him laugh.

Once the booth was complete and the show began, I had the chance to observe each of their very unique styles and got to know them better. This is an experienced team that knows the micrographics and digital imaging industries inside and out. They draw the best from each other. I listened. I learned. I tried to emulate (until the technical questions popped up and then the unfortunate attendee was treated to my deer-in-the-headlights-where’s the closest-rep head swing).

The attendees are the most important part of the trade show equation. In this case, the majority were experienced records managers of varying types and industries. They came to the booth with a solid understanding of the solutions that Crowley offered and what they needed. The conversations were often specific and, I sensed, helpful to both parties. We continued to learn more about record management market needs and the visitors were able to see our capture tools in person. While the vast majority of attendees were capturing paper records and were interested in testing the InoTec and Avision paper scanners, there was also a significant audience that still had micrographic materials to digitize and read. They were able to see our MACH-series microfilm and microfiche scanners in action and – if that was more machine than for which they had volume – they were able to demo smaller volume scanners such as the UScan+ or the i7380, which is a new market offering.

By far, though, attendees came by to see the InoTec 8×1.

This is probably my favorite quote from the show (that I can repeat). There was a lot said about this ultra-high performance document scanner that was being shown in the U.S. for the first time. This one said it all. One touch of the blue button and attendees saw 308 pages scanned in a minute. Heads went from side to side, following the two input hoppers as they transferred documents into the scanning mechanism and then up and down as their eyes followed the output trays.

Engineered for operations that run two shifts daily, the 8×1 document scanner takes up less than half the space of its nearest competitor and is built on hydraulics to accommodate the height of the operator. Because it’s built up and not out, it only requires a single operator, who could run two 8×1’s simultaneously if needed. This was definitely the show stopper and we heard the sentence, “What a great new solution” many times throughout the show.

The Show is Never Over

We’re on our way home, but the work is just beginning. There are leads to follow. Crates to unpack. And packing to do for the next show. For my part, I vow to be more content at my desk.

Until Portland. I’ve never been to Portland…

Want to See the 8×1 Before it Ships back to Germany?

If you’d like to see the InoTec 8×1 while it’s still in the U.S., you have one more opportunity. We will host a demonstration event on November 5th at our Crowley headquarters. All are welcome to attend and those participating will also receive a tour of Crowley’s East Coast service bureau. For more information, please contact [email protected].

The Crowley Company is a full-solution imaging partner. From micrographics equipment and microfilm to desktop scanners to production scanners to patron systems and conversion services, The Crowley Company has aided records managers, archivists, librarians, researchers, students and others throughout the world with archival preservation and digitization. If you have any questions, please contact the Crowley Company by calling (240) 215-0224. General comments and inquiries can be emailed to [email protected] 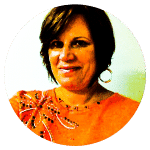