WHITE PAPER: Dealing with our Aging and Deteriorating Microfilm Collections

At The Crowley Company, we’re seeing an increased number of requests for services regarding aging microfilm collections and microfilm conversions. The requests range from inventory assessment to digitization to image hosting. This uptick in requests – a trend, in my opinion – brings with it the need to understand the history of microfilm and how and why today’s collections may be in peril.

A brief history of microfilm 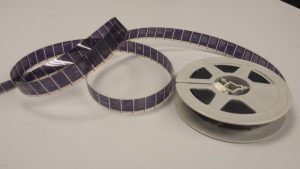 The earliest recorded discovery and exhibition of microphotography occurred in 1839 in a private Manchester, England lab. John Benjamin Dancer, a twenty year-old instrument maker and optician, installed a microscope lens onto a camera and succeeded in creating a microphotograph onto a daguerreotype (silver coated copper) plate at a reduction ratio of 160:1. Dancer’s microphotographs were considered novelties and of no great commercial value although he continued to make them for his friends, fellow scientists and to show at exhibitions.

Fast forward nearly a century to 1925. New York City banker George McCarthy was issued a patent for his Checkograph machine, designed to make micrographic copies of cancelled checks for permanent storage by financial institutions. Mr. McCarthy’s invention was acquired by Eastman Kodak’s Recordak division and signaled the birth of microfilm as a commercial entity. In the mid-to-late 1930s, several significant microfilm filming and publishing projects took place, including collections for The New York Times (Recordak), the British Library (Library of Congress) and the Foreign Newspaper Project (Harvard University), which became a model of cooperative film projects for many other organizations. As further endorsement, the American Library Association officially accepted microforms as a method of information storage at its annual meeting in 1936.

Throughout the next decades and until the 1970s, the growing popularity of this new technology brought with it numerous new manufacturers and end-users, all trying to find applications for the use of microphotography and a fit within their organizations. Many government agencies and “micropublishers” (publishers of microform publications) joined the ranks, adopting microfilm as a preservation, storage and dissemination tool. So began the creation of billions of microfilm reels and custom microforms containing trillions of images of document pages.

By the mid-1980s, The National Microfilm Association (1944-1989; now known as the Association for Information and Image Management or (AIIM), the American National Standards Institute (ANSI) and the International Standards Organization (ISO) brought a measure of control into the industry through the introduction of standards and guidelines for microform formats.

As part of this industry standardization, microfilm and microfiche had to meet the test for permanence. To do so, the film media needed (and still needs) to be:

Unfortunately, these standards have not always been met. Microfilm through 1950 was often coated on nitrate-based materials that were subject to spontaneous combustion. The next generation film base materials, called safety films, were coated on acetate-based materials. It was later discovered that acetate films could deteriorate due to improper handling and storage. The deterioration condition, named “vinegar syndrome,” creates a vinegar smell as the film base outgasses acetic acid and causes the film to shrink, curl and become brittle. Polyester, the replacement film base for acetate, became the base of choice and most users converted as the acetate microfilm was phased out. Polyester-based microfilm remains the standard today.

Furthering the challenge to microfilm endurance was (and is) proper storage.

From 1930 to 1980, while agencies, companies and archives were creating tons of microfilm media, there was not a general recognition that microforms required storage in a low-temperature, low-humidity environment for long-term preservation. Even had they been aware, most collection managers and archivists could not have provided the required conditions.

Buildings in the late 1930s – and for some decades thereafter – rarely had air conditioning or humidity controls. Those that eventually did would not run the controls continuously, primarily using them only during business hours. Thus, microfilm was either stored in conditions subject to constant variations in temperature and humidity or in areas such as basements and warehouses that provided no control at all. Unknown to the microfilm community at the time, temperature and humidity fluctuations were slowly destroying the quality and integrity of their microforms.

More specifically, cycling temperature and/or relative humidity within a facility could (and can) be particularly damaging to microfilms. Such fluctuations cause stress in the film and can lead to warping of the base materials and flaking of the emulsions by promoting the movement of moisture in and out of the film media, breaking down the binder that holds the final image material to the support.

The sad outcome of the past 80 years of creating microforms is that a large percentage of the films generated from the mid-1930s to today continue to deteriorate at an alarming rate and are at risk of permanent loss. Fortunately, there are a number of options for identifying, rescuing and preserving deteriorating microfilms. Like other technical solutions, it’s important to recognize that no one solution fits every need.

The following solution options were developed when Crowley Imaging was presented with a microfilm assessment and inspection project for an agency collection of over one million reels of deteriorating microfilm. As the project manager on this task, I believe that these solution considerations – or a combination of them – would be helpful for most archivists and records managers who face the challenges associated with deteriorating collections of all sizes.

Solution B: Duplication
Goal: Create a duplicate copy of the deteriorating acetate film onto polyester-based film 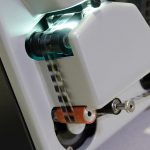 Additionally, Crowley’s IMAGEhost was demonstrated as a cloud storage and online digital access solution. This and similar services can be delivered as either a hosting or software-only solution that allows microfilm to be scanned in bulk and uploaded to a secure, password-protected cloud server. From there, the microfilm is able to be viewed, saved, printed or shared (as permissions allow) from any desktop, mobile or tablet device in its original format.

The only form of insurance

In his 1942 address to the Society of American Archivists, President Franklin D. Roosevelt stated:

“It is my hope that the Society of American Archivists will do all that is possible to build up an American opinion in favor of what might be called the only form of insurance that will stand the test of time. I am referring to the duplication of records by modern processes like the microfilm so that if any part of the country original archives are destroyed a record of them will exist in some other place¹.”

As we have just read, that “other place” has not, in many cases, turned out to stand the test of time as hoped. The good news is that with the advent and continued improvements in microform digitization, digital storage and image hosting, agencies and organizations can move quickly to preserve and rescue deteriorating microfilm collections, thus allowing a true preservation of the past by keeping pace with the future.

For more information on preservation solutions specific to your microfilm collection(s), call (240) 215-0224. 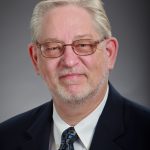 Dave Westcott is a senior imaging specialist at The Crowley Company with a storied career in records management and digital imaging. Dave is a published technology writer, occasional guest newspaper columnist and author of fiction. His first novel, “Fat Man and Littbo: Beneath the Atomic City,” contains a mix of historical fiction plus real people and topics from his hometown of Oak Ridge, Tennessee during the 1940s creation of the Manhattan Project. When he’s not busy writing proposals, white papers or novels, he can be found photographing musical performances and occasionally sitting behind a drum kit.