Frederick, Maryland – Real estate transactions. Remedies for rheumatism. Crystalotype directions. Recipes for ambrosia (no marshmallows!). These items and many more can be found in the handwritten home economic diary (circa 1867-1872) of Margaret Thomas Artz, the donor behind Frederick County’s public library, the C. Burr Artz Library.

To celebrate the American Library Association’s annual Preservation Week (April 24-30), The Crowley Company contacted Mary Mannix, curator of the library’s Maryland Room, a non-circulating, local history research collection of primary and secondary sources, with the offer to digitize an item of choice pro bono. “Crowley’s offer allows us to make a journal of interest available to the general public,” notes Mannix. “The daybook paints a picture of a domestic head of house during the late 1800’s. It is important both locally, as the author was a resident of both Frederick and Chicago, Illinois, and nationally, as an example of the home economics – in the full sense of the word – for that time period. This digitization also paves the way for our library to produce its first local content e-book.”

Preservation Week was created to recognize the critical role libraries play in preservation and is brought about through a partnership of the Association for Library Collections and Technical Services, the Library of Congress and the Institute of Museum and Library Services.

Patrick Crowley, vice president and company owner with his brother, Christopher, notes, “Preservation Week provides the perfect opportunity to partner with The C. Burr Artz Library. Frederick has a rich and storied history and this diary is the type of archive material that is both educational and interesting to a wide audience.”

WHO WAS MARGARET ARTZ?

According to Mannix, the facts surrounding Margaret Catherine Thomas Artz are few and invite speculation. She was born the second youngest of five children in 1815. Her father, Michael, was a prosperous Frederick County farmer and her mother, Margaret (nee Ogle), was a descendant of two Maryland governors. Descended from Hans Michael Thomas, who emigrated from Bavaria in 1730, Margaret was one of the “German Thomas’.” She married late, at the age of 30, to 44-year-old well-known farmer and tax assessor, Christian Burr (C. Burr) Artz, bearing one daughter, Victorine. A wealthy woman in her own right, she received 45 acres of land and $1500 when her father passed in 1848 and also purchased nearly 30,000 acres in her own name in Ogle County, Illinois. In 1867, the family moved to Chicago to take advantage of real estate and property purchases (most likely in conjunction with homesteading Artz relatives) that were quickly becoming profitable due to a location on Chicago’s first rail line. C. Burr, Margaret and Victorine are all buried in Chicago.

According to an undated Frederick Republic Citizen Newspaper article recounting the financial success of C. Burr Artz in Chicago, “If he lives a few years, he will become a millionaire.” This apparently came to pass. C. Burr died in 1878; Margaret died in 1887. Fifty years after her death, her life-estate terms came to pass when Victorine died unmarried and without heirs. Margaret remembered her hometown with the funding of The C. Burr Artz Library. In the history of libraries, the will is unique – the endowment for the library was left directly to three trustees and their successors with the stipulation that two of the three trustees be members in good standing of Evangelical Reformed Church and one of All Saints Episcopal Church. For nearly 75 years and the foreseeable future, these requirements remain and continue to be met. Opened with 9,500 books on January 19, 1938, Frederick’s first free public library is, today, the central branch of an active, eight branch Frederick County Public Library system.

Written on the inside of the 4”x13” journal is “1867-25 July, left Frederick for Chicago.” The brown ink in the 144 year-old diary is still legible, although the pages are yellowing and flaking in several sections. The first few pages of the book turn easily, but the aged binding prevents a thorough search of many of the following pages. A large, hand-written alphabet letter at the top of each page early in the journal seems to indicate that Margaret had intentions of alphabetizing her recipes. Later in the book, there is no such organization and each page reveals a different domestic skill, such as restoring velvet and curing sleeplessness (with the notation “to make you sleep so says Mary Coope”). Margaret’s “Cure for Inflamitory [sic] Rheumatism” from Fannie Adams includes one pint of whiskey mixed with herbs that should “be swallowed every hour of the day.” In addition to recipes for breads, preserves and confections, there is information on making dyes, soaps, stain removers, alcohol and crystalotypes (a type of glass photo). Mixed in are handwritten accounts of real estate transactions and newspaper clippings of business and social events and news, primarily from their time in Chicago.

“This daybook gives us a sense of who Margaret Artz was and portrays the many roles played by a lady of the house during the late 1800’s,” says Mannix, who holds several degrees including a Masters of Library Science with an archival concentration from the University of Maryland and a Masters in American History with a certificate in Museum Studies from the University of Delaware. “It’s easy to overlook the importance of these everyday matters when compared to the events and archived materials that have shaped our nation. This book gives us insight into women’s history – Margaret was certainly wealthy independent of her spouse – and also shows how food and other home roles have changed over the last 150 years.” As to Artz’ legacy, Mannix notes, “Margaret Thomas Artz was a product of her upbringing. Raised in the upper-middle class, charity was most likely a constant part of her household management. It makes sense that she would use her fortune to create a legacy of education for all peoples. We’re particularly glad that she chose to remember Frederick in this manner.”

ABOUT THE DIGITIZATION PROCESS

The Crowley Company scanned the diary in its 18,000 SF service bureau on a Zeutschel OS12000, an overhead planetary tabletop scanner created specifically for bound originals. The fragility of the Artz daybook dictated that each page be scanned manually. Crowley imaging specialist Gloria Mercer held the diary at varying angles depending on the strength of the spine at each page to get the best image with the least amount of stress to the book. Also to be taken into consideration is the fact that the handwriting, while even, sometimes wandered into the page margin. The Zeutschel system’s Perfect Book 3-D scan technology eliminates book curvature and created clean scans. The daybook was scanned in 36-bit color (24-bit output) to maintain the aged feel of the book. Final output was image-only pdf’s at 300-400 dpi, burned to a DVD and given to the C.Burr Artz Library for online research and creation of an e-book. 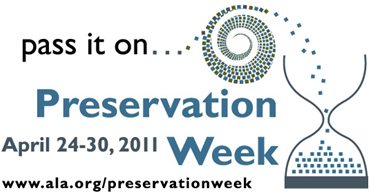