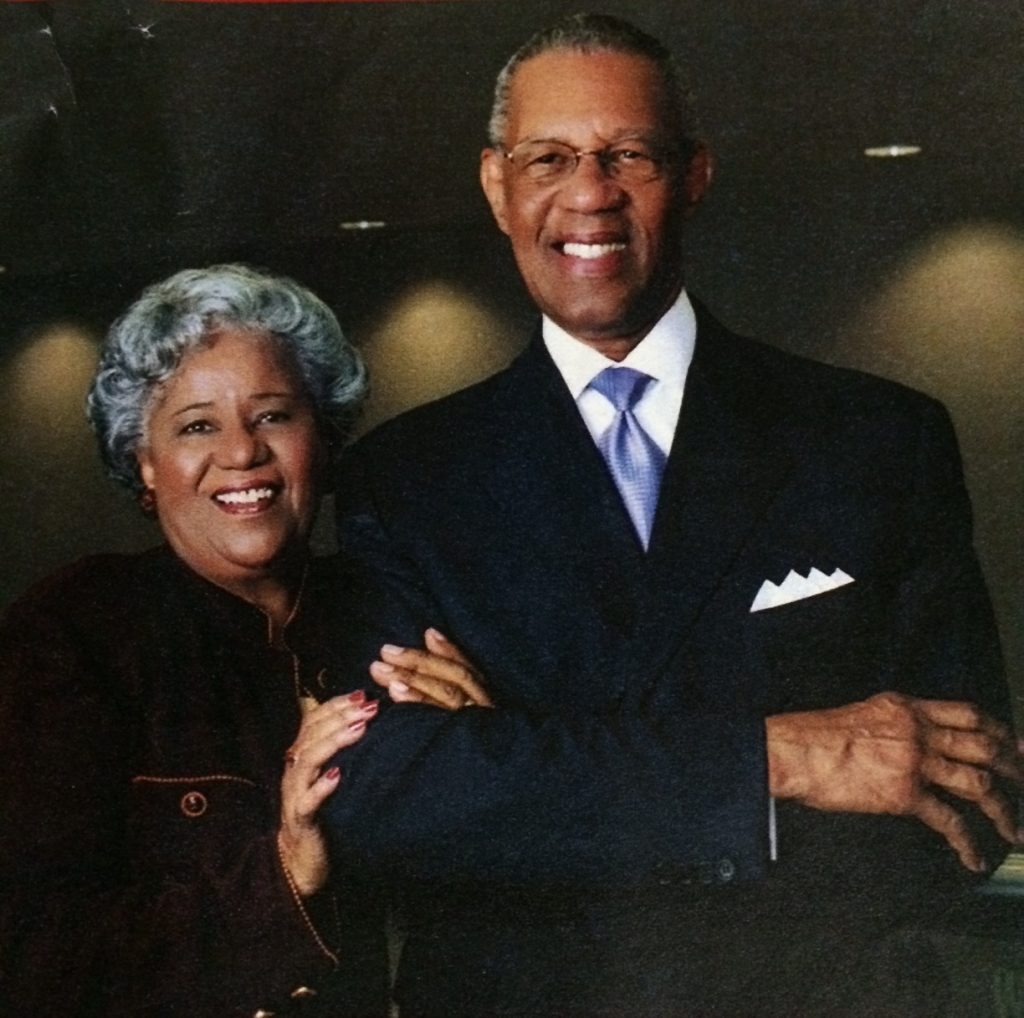 They saw each other nine times and on the ninth, it was their wedding day.

And as odd as it may sound, Audrey Ann Hoffman and William A. (Bill) Lawson were hardly strangers. After 30 months of courtship and 600 typed and handwritten letters, they knew each other so well that what might seem a leap of faith today was just another step forward for the couple that met through the dare of a friend.

Mr. and Mrs. Lawson celebrated their 60th wedding anniversary this past January. Their daughter, Melanie, a co-anchor at ABC 13 Eyewitness News in Houston, Texas, produced this eye-watering video that tells her parents story. She also contracted with Crowley Imaging to have the entire collection of love letters digitized.

The story of the written courtship has also been the topic of a short 2014 Valentine’s Day video produced and shared by Defender Media Group.

The correspondence started on September 27, 1952 with these written words:

Of course I won’t think you ‘bold and wrong!” Why, lady, you compliment me in every sentence; and, indeed, the fact that you wrote at all is flattery of the most ego-boosting brand!

Sixty two years later, the letters – mounted and bound in three volumes titled “Love Letters: The Courtship of Little Red and The Pin” – came to Crowley Imaging’s Frederick, Maryland office for digitization. Each of the 1800 pages was scanned as a 400 dpi color TIFF image and also converted to non-searchable PDF. The reason for the color scanning, explains Crowley Imaging specialist Meghan Wyatt, was because many of the letters contained sketches by Bill, a budding artist as well as seminarian at the time.

“Although this wasn’t a large project,” notes Wyatt, “it was one that grabbed the heartstrings and imaginations of everyone here.” Scanned on a Zeutschel 12000 overhead book scanner, the project was also unusual because of the tight turnaround time. Melanie, who was visiting the Washington, D.C. area, dropped off the letters personally on Monday, June 30th and picked them up on Thursday, July 3rd. The images were delivered shortly thereafter via thumb drive.

The Power of Love

In the days of Facebook, Twitter, Instagram and Snapchat – when everything seems disposable and easily deleted – it’s hard to imagine that true love could bloom via “snail mail.” And yet it did. Gratefully, the digitized words of Audrey and Bill Lawson will live on no matter the technology of the day or the whereabouts of the original letters.

There is one happy couple, four Lawson offspring, two beautiful grandchildren and hundreds of friends and family members who help bear witness to the power of love and the written word.

For more details on the post-correspondence life of Reverend William & Audrey Lawson, view this report on the Faces of Black Houston website.

Learn more about the digitizing capabilities of Crowley Imaging

Cheri Baker, Crowley’s Director of Communications, has a career that spans media, agencies and corporate communications. She’s a self-described “generalist specialist” and believes